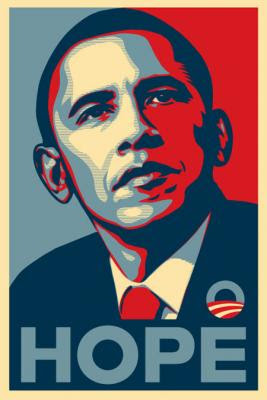 I'm hopeful, excited and most importantly I'm INTERESTED. What a concept. Interested in my country's politics, who the players are and what the heck they are doing. I've never been so aware of national politics. Personally, that's the best part of this new era.

I'm watching Larry King Live (I know) and they showed a clip of a little girl with her grandfather. she was in a fury of excitement- talking a mile a minute, jumping up and down. Then the cut to the grandfather, a judge from Chicago. He talked about being a part of historical event, had marched with MLK Jr. and then started to cry about being in DC for Obama. THAT'S what gets me. This is real to me finally.

With the Babe and BigBoy being so young, there was only so much I could do to explain what was going on. Barack Obama is promising to be a good boss to the United States, our country. And Joe Biden is his assistant and he has to promise to do a good job too. But we made T-shirts and went on campus to see everything with a group of people. To see that this was larger than life, History. Not just something that was important to Mommy & Daddy. I love that the Babe was looking for "Bak Obama" after seeing him on the big screen and BigBoy thought Barack would like his shirt design. (The image posted here)

So this seems like a fitting time to start cracking on the NYTDL. Time for my own change. First official weigh-in is tomorrow. Be on the look out for posts about food and me salivating over it! ;)

We loved watching it live yesterday with the kids too! We kept them home from school until after Obama took the oath of office. So exciting!