Brownies and wine and dip - OH MY! 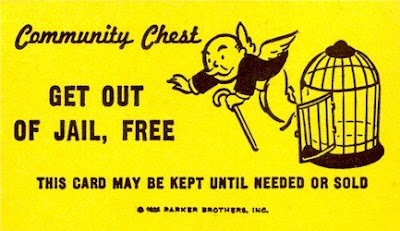 My Hall Pass Weekend. Get out of (Diet) Jail Free Card. Whatever you want to call it. I did it. And I did it really well.

I think I gained all the weight I lost. But I'm ready to get back on track. I'm still Miss Stuffy Sniff-A-Lot and feeling crappy, but I can't just give up.

It started on Friday. I was feeling exhausted but needed to man-up since I was participating with BigBoy in our home school puppet show. I needed to be a gregarious turtle. I felt anything BUT gregarious. Gross, maybe. But he was soooo excited about his part and BigDaddy was going to be there, along with a real audience. The kids had been working on it all month. I couldn't let him down. But then the million dollar question... "What's for dinner?" I had been in such a rush all day, becoming one with my turtleness and all, that I hadn't started anything and had "soup" on my plan. THAT wasn't happening. Maybe make your own pizzas? That meant being even more creative. Negative. Well, we do have 35 extra points a week..... okay, how about we just get our most favorite pizza in the whole world- just not the XL like we usually do. Done.

After a stellar performance we headed home and crashed. Saturday we did a ton of cleaning and then BigDaddy brought home some Tostitos Lime Chips and Pinot Grigio- why don't you just set me up in a corner with an IV so I have a more direct route? I'm such a cheap date now that a glass or two will get me all liquored up. So one thing junky choice lead to another snack... and so on and so for. Suddenly I have an entire pan full of fresh baked brownies. (In my drunken logic, I wanted to get them out of the way of my diet.) Then Super Bowl, you get the idea. I actually made some chicken soup since we are all sick now and the Babe will almost always eat veggie soup. So I did have some healthiness going on this weekend. Oh and does the spinach in the dip count?? Anyway, I'll include some recipes in case anyone is interested....

The bird prep: rinse, take out any innards (or whatever they are called) stick in a big pot with an onion (quartered) and cover with seasoning salt and garlic salt. Cover with water, bring to a boil, cover and simmer for a few hours- until the chicken starts to fall apart.

Take out the chicken and de-bone. My mom just chops it up and leaves it all in, I prefer boneless, especially with the kiddos eating it.

Plop it back in the pot. Add your veggies and cook until the potatoes are soft about an hour or so. really, that's it.

Sunday consisted of snacks, dips and more junk...
Paula Dean's Spinach and Artichoke Dip- I did a low-fat version and it still tasted great.
Pico de Gallo and Guac

** I am only doing a week and 1/2 since I am fading already. Need to find some fun sides and maybe a dessert or two.

I actually stuck to my last meal pretty well. It was great having everything all in-house and ready to go. I lost 5 lbs- and then probably found them again. But moving forward...

Email ThisBlogThis!Share to TwitterShare to FacebookShare to Pinterest
Labels: recipes

LOVE the 'Keep On Groovin' Brady Bunch link! So funny...not as impressive a routine as I remember thinking it was when I was a kid. They were too cool back then. Glad you had a nice super bowl weekend and now some snow..despite your sick weekend. Hope you feel better today!