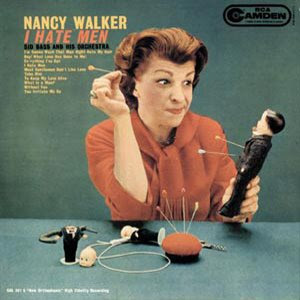 I love being a mom, really I do. But now that making regular words into mom-isms is becoming a common thing, I'm getting a little sick of the whole Mom Movement. Seeing "MOMocrat" was cool, "momnesia" was sorta funny, sorta. momversations? I'm done. (don't even get me started on the "-ista" action- a la fashionista turned frugalista, recessionista, depressionista.)

And maybe this is just hitting a recent wound. I was on twitter (really, no lie) and I stumbled upon a guy who owns a Advertising/Public Relations agency in San Diego. I really admire this guy a lot, think his agency rocks and they always did the cool, fun stuff you only dreamed of working on. I actually knew some of the same people he did, lived in the same area of his agency, yada yada. But this was all in the time of Lisa B.C. (before children.) Anyway... so I thought it would be really cool to follow him- interesting person, in my old city, in the same industry I used to work in. Then I got an email that he was following me. okay, cool. whatever. I go to see my followers and there he is with a "follow" button. huh? I already was, but okay, I'll hit it again. BLOCKED. WTH? blocked.

So... either he either doesn't know he can see my profile by just hitting the button (not following me officially) or he followed me, read my profile and then decided to block me because maybe I'm "just a mom". Seriously, this was all in a matter of a few hours, if that. He doesn't have a ton of followers/following so maybe he wants to be all exclusive. So have a protected account where you have to approve your followers and only they can see what's going on. Whatever the case, it pissed me off. A lot. Petty? sure, but why bother with an open, public twitter account, follow someone and then block them. I'm not a spammer, or pushing a product or business. Just a mom, who happens to like your professional work and thought you might have some fun updates and stories. But now he pissed me off.

I then went on and channeled my inner mom, the one deep down in my core. The UN-Mom. she's still there, Lisa B.C. I decided that yes, I'm a mom and really proud of that. But that's really just part of me. Granted, a REALLY big part right now, but still one part of the whole. I decided to change my profile. It's snappier, more about me and not "just a mom."

I'm still pissy. and now I don't like him or his agency (okay, maybe just a little.) and I'm gonna blog about it and he's lucky I only have 6 readers and that most of my contacts moved away from SD. He's real lucky.

Email ThisBlogThis!Share to TwitterShare to FacebookShare to Pinterest
Labels: techie

I remember how cool we used to be...I was a Bud girl you were the party dancing queen...now I guess our kids get to be cool? My best friend was miss mission beach, the whole bikini thing ow she is having trouble with mommyhood too.
Lets have plastic surgery in 5 years and be 21 again!